You have read 2 free articles this month. 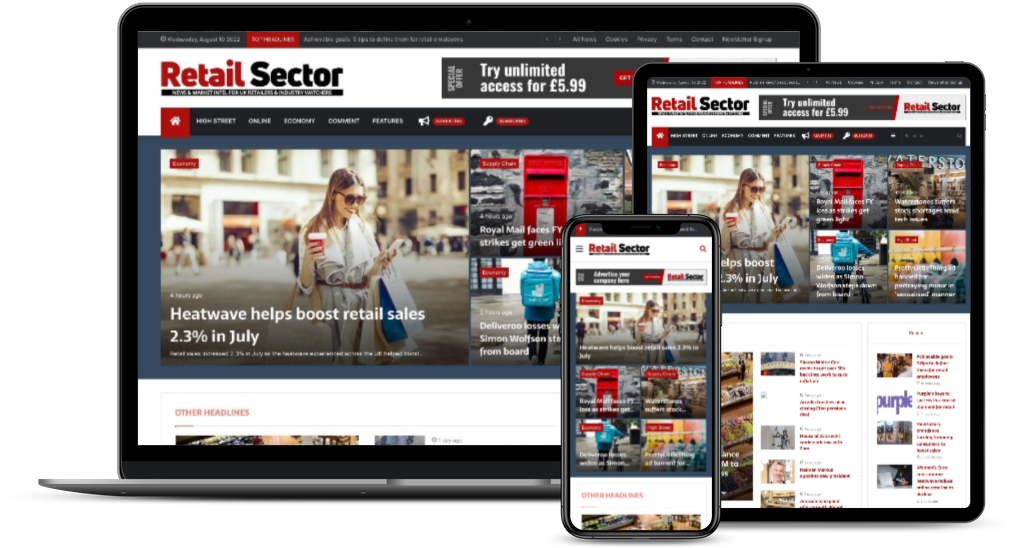 Go unlimited with a membership

By clicking "Start my membership" , you agree to our Membership Terms of Service.

Your payment method will be charged a recurring fee, unless you decide to cancel. You can cancel at any time.

Nielsen revealed this figure comes at the expense of online grocery sales, which have fallen by 10% compared to a year ago, reaching £1.1bn in sales.

Despite this decline, it added that in online grocery sales as a result of the easing of restrictions, online still remains a popular channel with UK shoppers, who are still spending a total of £1.1bn on their online grocery shop every four weeks compared with £1.2bn this time last year.

Online share of grocery spend has declined to 12.7% but this is still close to the 13.4% in May 2020 during the height of the first lockdown. In contrast, visits to stores are up 12% with this shift back to stores suggesting “improving shopper confidence following the growth in vaccination rates, with shoppers more willing to shop more often and at more retailers, as well as the easing of social distancing restrictions in recent weeks, and a boost from summer weather”.

This is reflected in the Total Till grocery sales figures, which rose by +1.1% in the last four weeks ending 14 August 2021, partly helped by a short heatwave in the week ending 24 July when sales peaked at +6.2%. This was the most upbeat weekly sales since the Easter period and is a reminder of how weather can “move the dial on shopper spend”.

NielsenIQ data shows that confectionery (+9.6%) and soft drinks (+5.5%) categories experienced “healthy growth”, as consumers sought to purchase items for socialising and enjoying the tail end of the summer of sport, which included celebrating the Olympics, and holidays in the UK. As well as this, convenience foods such as delicatessen (+9.5%) and bakery (+8.1%) also experienced an uplift.

It also found that Lidl (16%) and Aldi (7.3%) led the market in terms of growth in the last 12 weeks and Marks and Spencer (5.5%) continued to experience good growth, helped by increased summer footfall and spending at its food halls in particular over the last four weeks.

Mike Watkins, NielsenIQ’s UK head of Retailer and Business Insight, said: “Shoppers seem more confident in visiting stores, which has had an impact on online grocery. However, the decline in online sales was expected as it is largely due to shoppers no longer needing to make such large shops as lifestyles finally started to normalise.

He added: “Food retail sales have been helped by events and warm weather in recent weeks but with the summer holidays soon coming to an end, retailers will need to keep their fingers crossed for an improving consumer sentiment to drive spending, particularly as we head into Q4, which could be a more challenging period with equally high comparatives.”

Iceland boss calls for next PM to rethink business rates

Iceland boss calls for next PM to rethink business rates

Aldi to give workers second pay increase this year

Aldi to create thousands of jobs in logistics

This website uses cookies to improve your experience while you navigate through the website. Of those cookies, some are categorised as 'necessary' and are stored on your browser because they are as essential to support the basic functionality of the website. We also use third-party cookies such as Google Analytics (that help us analyse and understand how you use this website), and Optinmonster (to collect email address from people who wish to receieve our newsletters), among others. These cookies will be stored in your browser only with your consent.

You have the option to opt-out of these cookies, but doing so is likely to have a negative impact on the quality of your browsing experience.
Necessary Always Enabled
Necessary cookies are absolutely essential for the website to function properly. This category only includes cookies that ensures basic functionalities and security features of the website. These cookies do not store any personal information, but they may not be sufficient for the site to display properly.
SAVE & ACCEPT